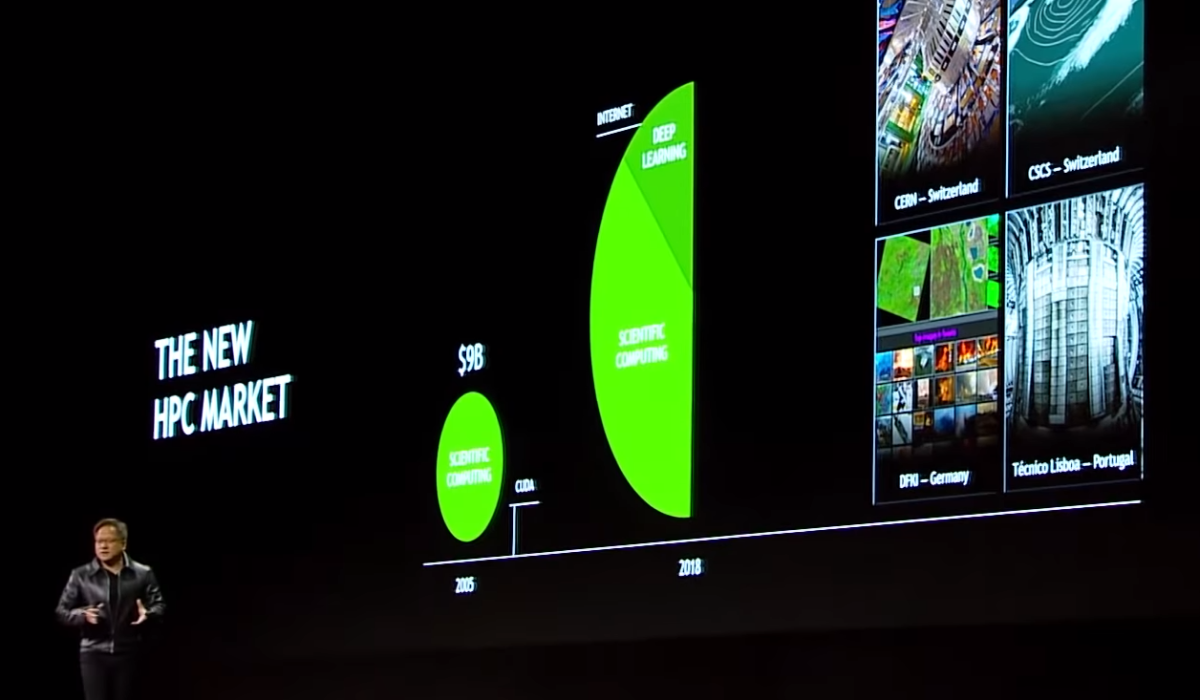 GPU computing is being used throughout Europe to help shedding light on some of the biggest questions in science, and Nvidia's CEO has used CERN, CSCS, DFKI and Técnico Lisboa as prominent examples.

At the opening keynote of the GPU Technology Conference in Munich last October 10, Jensen Huang highlighted how researchers at Técnico are using deep learning to understand the inner workings of a fusion reactor.

From reconstructing the plasma profile inside a tokamak to being able to predict when a disruption is about to occur, the possibilities for using deep neural networks to analyze fusion data are almost endless.

Fusion reactors such as the Joint European Torus (JET) in the UK, as well as many others around the world, are collecting enormous amounts of data from each single experiment. Being able to process all these data is now becoming possible with breakthroughs in high-performance computing.

In particular, deep neural networks require hardware acceleration, and Nvidia has been playing a key role in providing scientists around the world with the hardware and computational power they need to make advances in many fields.

More information about these and other scientific applications of GPU computing can be found here: https://blogs.nvidia.com/blog/2018/10/11/gtc-europe-science-research/

The keynote can be watched here: https://www.youtube.com/watch?v=G1kx_7NJJGA