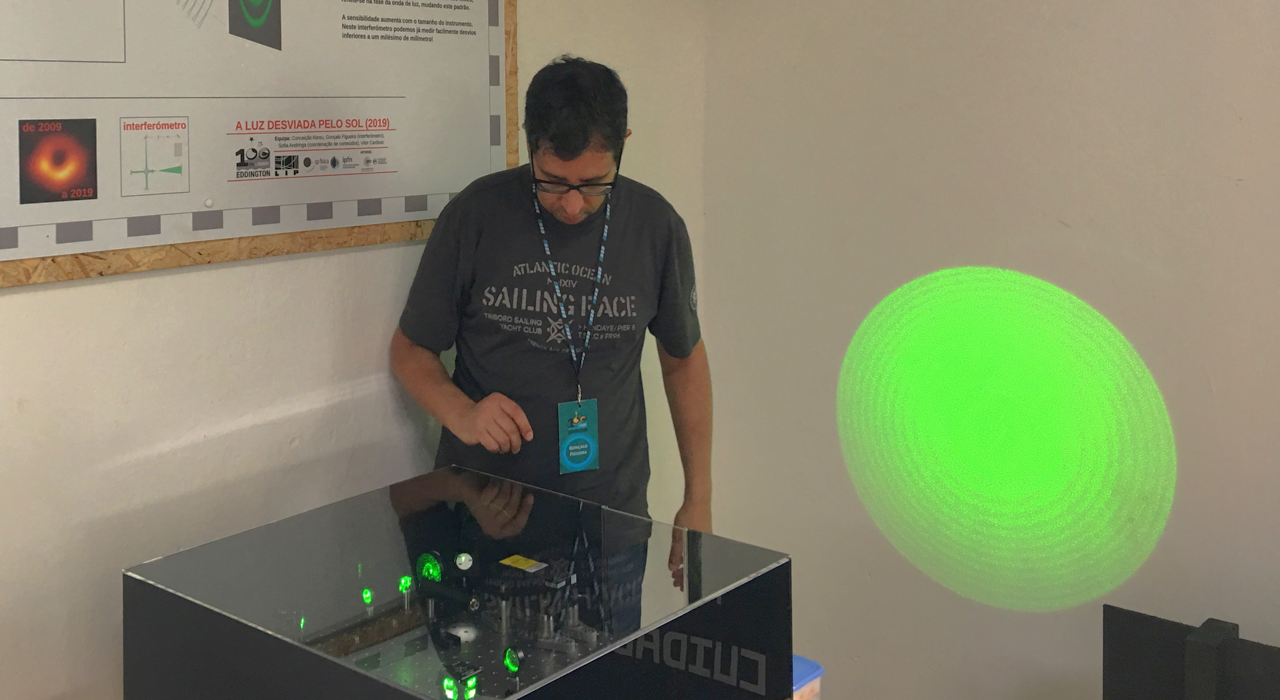 A laser interferometer was set up at the new science centre inaugurated last month at the Island of Principe, the smallest of the two islands that make up the archipelago of Sao Tome and Principe, West Africa. The location was chosen to mark the centennial of the historical observation of the May 29, 1919 solar eclipse by Arthur Eddington, which provided the first experimental confirmation of Einstein’s general theory of relativity. The device was built by IPFN researcher Gonçalo Figueira, through a collaboration with CENTRA and the Portuguese Physical Society.
The Sundy Science and History Space hosts a permanent exhibition detailing the process that led to Eddington’s expedition to Principe, as well as several small-scale demonstration setups. The laser interferometer aims to illustrate how such devices are used to measure small perturbations, leading to a change of the interference pattern – a process similar to the detection of gravitational waves by the LIGO experiment, although on a much smaller scale. It is able to project a large (>60 cm) circular fringe interferogram on a nearby wall, or in one of the walls of the protective cover.
On the occasion of the inauguration, the centre was visited by the President of Sao Tome and Principe, the President of the Portuguese Republic, and the Regional Governor of Principe. The interferometer was donated to the centre and will be shown to local school groups and other visitors.
05-06-2019 By Gonçalo Figueira Education, Events, Outreach