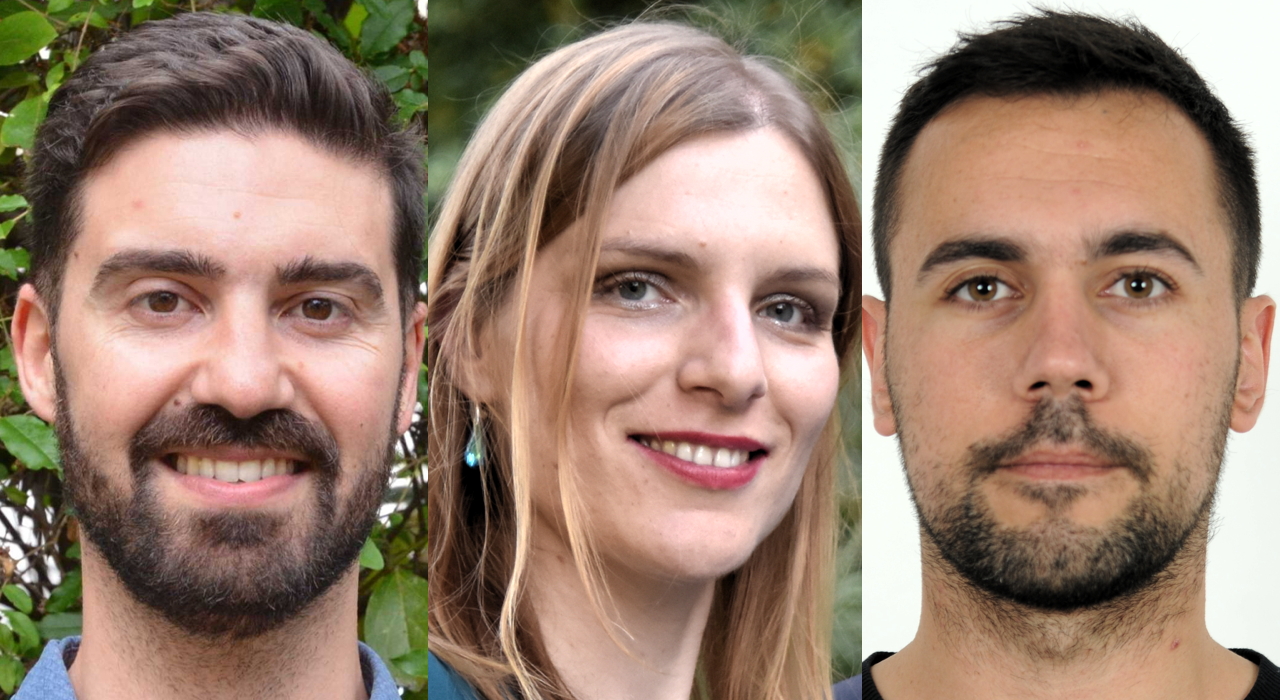 While direct numerical calculations of quantum fluids reveals interesting aspects of turbulence, an ab initio, comprehensive theoretical framework still lacks. What is the microscopic mechanism leading to the energy cascades in soliton turbulence? And how vortex clusters are indeed formed?

Hugo’s hypothesis is that fully-developed strong turbulence in low-dimensional quantum matter (in opposition to the regime of weak, wave turbulence) may be treated as a statistical mechanics problem of topological defects. This means that the establishment of a kinetic theory of soliton (1-d) and vortex (2-d) gases may reveal the microscopic origin of turbulent features, such as direct and inverse energy cascades.

With such a kinetic theory in hand, we may be able to effectively describe strong turbulence as a weak turbulence of topological gases, an idea that is physically simple but technically sophisticated. Applications in quantum technologies involving the turbulent response of atoms one-dimensional Bose-Einstein condensates, or solid-state plasmas in carbon nanotubes and graphene (or other 2D materials) may be expected.

Marija’s project earned her the first position of the Junior Researcher category in the field of Physical Sciences. Her research will be focused on 'Novel radiation sources from laser-plasma interactions'.

Intense lasers excite ultra-relativistic plasma waves that can turn a few centimeters of plasma into electron accelerators. The accelerated electrons can emit high-brilliance photon beams through betatron radiation or via Compton scattering.

Adjusting the energy of the relativistic particles (emitters) allows varying the critical frequencies of the output radiation from X-ray to Gamma-ray spectrum. This technology offers an outstanding opportunity to construct affordable, table-top radiation sources that could be widely available, at a fraction of the size and the cost of the conventional synchrotrons.

With the aid of massively parallel particle-in-cell modeling, Marija aims to provide a roadmap for the development of novel sources for industrial and medical imaging applications.

Finally, Tiago will be focused on “CO2 transformation into valuable chemicals by non-thermal plasmas”. Renewable sources have shown a remarkable growth worldwide due to their potential to reduce CO2 emissions. However, they also have a major inconvenient: the impossibility to deliver a regular energy supply, easily adjustable to consumption needs.

A very promising and environmentally friendly solution to this issue relies on the storage of energy in chemical compounds, produced from CO2 emissions, using plasma-assisted decomposition. Despite the potential of this approach, the transition from the laboratory level to the industrial scale still remains a formidable challenge.

What is the most efficient CO2 dissociation pathway in plasmas under industrial environment? How to control the plasma and the accompanying chemical reactivity? How to optimize and scale up the conversion process while preserving energy efficiency?

In order to arrive at the optimal design for a future plasma-based CO2 recycling device, Tiago’s project will lead to the development of a comprehensive simulation tool, supported by detailed experimental benchmarking, to describe industry-oriented CO2 plasmas and optimize the CO2 conversion into products targeted at energy storage applications.