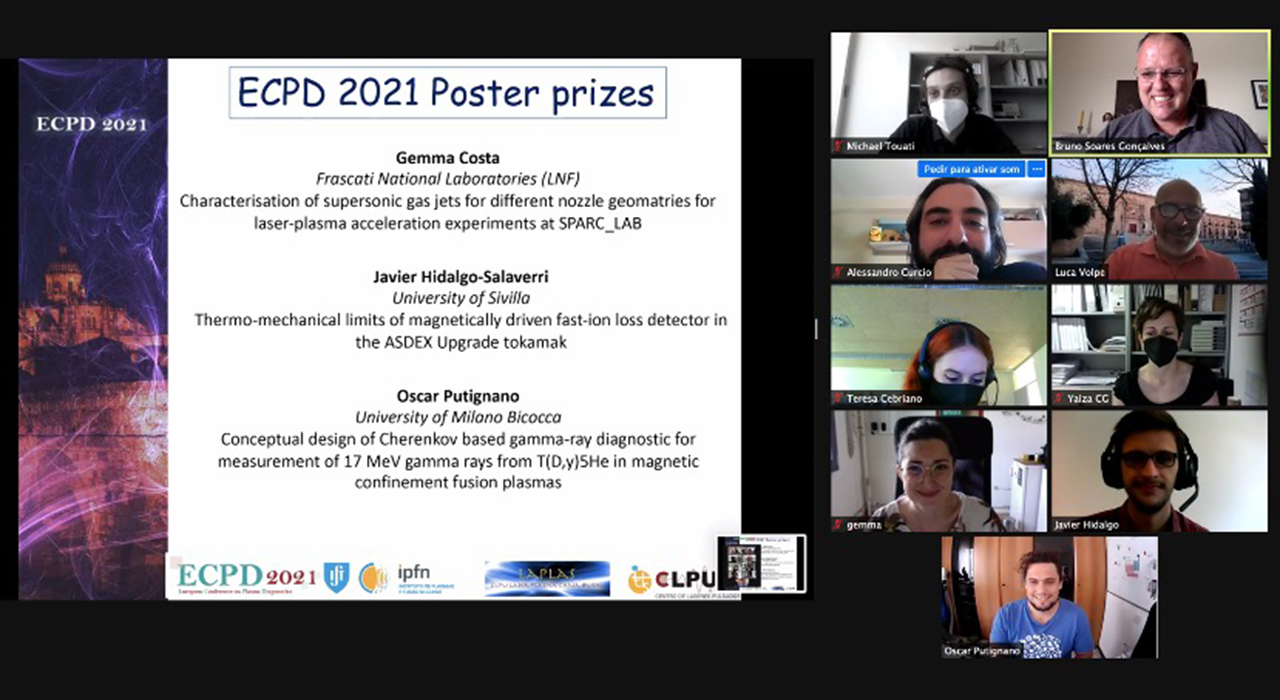 Two IPFN researchers contributed with 2 oral presentations at the 4th edition of European Conferenceon Plasmas diagnostics that took place online between 7 and 11 June 2021,  recognizing the state-of art activity they are developing in the field.

The  European Conference on Plasma Diagnostics is a biennial event that aims at bringing together physicists or other scientists working on diagnostics for magnetic confinement fusion, beam plasmas and inertial fusion, low-temperature and industrial plasmas, and basic and astrophysical plasmas. The chairman of the International Scientific Committee of this edition is also an IPFN researcher, Bruno Soares Gonçalves.

This year ECPD2021 had the participation of more than 160  scientists and engineers from different countries over the course of 5 days. IPFN researchers were authors of 6 contributions and co-authors of other several presented works, in collaboration with international teams. Among those, we highlight the oral contribution from Daniel Hachmeister , an APPLAUsE Phd student, and from  Filipe Silva an IPFN researcher

Daniel Hachmeister presented his work developed in the frame of his PhD work, entitled “The impact of inverted density gradients on density profiles measured by reflectometry”

The next conference will be ECPD2023, in Salamanca.