Instituto de Plasmas e Fusão Nuclear (IPFN, Institute for Plasmas and Nuclear Fusion) is a research unit of Instituto Superior Técnico (IST) with the status of Associated Laboratory granted by Fundação para a Ciência e a Tecnologia.
IPFN ensures the Portuguese participation in EUROFusion, the European Consortium for the Development of Fusion Energy. The role of the research unit at national and international level was recognized in the last FCT evaluation of R&D units, where IPFN was awarded the classification “Exceptional” (awarded only to 11 research units out of 300+ evaluated). 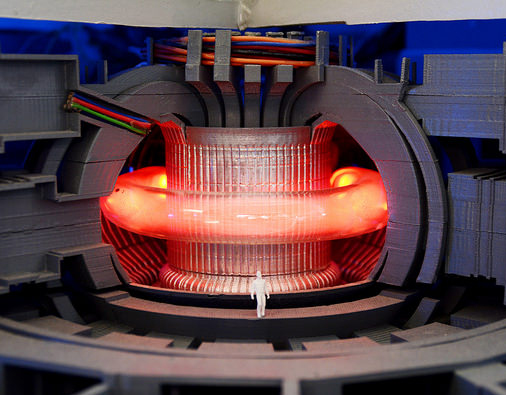 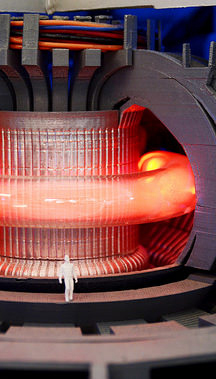 Research at IPFN is organized into two Thematic Areas

Controlled Nuclear Fusion
This research line is focused on the work program established by the Euratom Fusion roadmap H2020, which includes activities associated with the development of systems, operation, and scientific exploitation of large and medium-sized tokamaks and stellarator, as well as with the design and construction of the next generation fusion devices.

Intense Lasers and Plasma Technologies
This research line takes advantage of the critical mass of the groups within it to address frontier questions in gas electronics, sources of particles and radiating species, ultra-short, ultra-intense lasers and their applications, plasma accelerators and advanced radiation sources, ultra cold plasmas, and fundamental science in space.

Including coordination and participation in Doctoral Programs and Master Degrees, training of young researchers in advanced facilities, and outreach activities for pre-university students and teachers.

IPFN is a member of the EUROFusion consortium, which comprises 30 research organisations, and behind them about 150 affiliated entities including universities and companies, from 25 European Union member states plus the United Kingdom, Switzerland and Ukraine are members of the consortium. The EUROfusion decisions are taken by the General Assembly, the ultimate decision making body made up of representatives from all Research Units.

IPFN is one of the largest Portuguese research units in Physics. Our passion is Plasma Physics and Technology! Our goal is to develop projects that foster innovation, create qualified employment and nurture the creation of highly skilled teams able to attract funding and international recognition through R&D activities and high level collaborations with leading research institutions world-wide. I am very pleased to welcome you to IPFN official webpage! We are glad to show you who we are and our achievements. 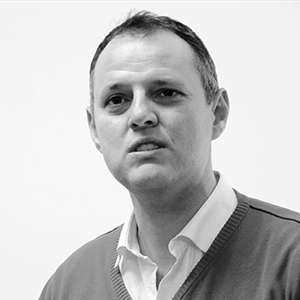 Historically, IPFN is rooted in the former nuclear fusion research group, formed in 1987 after Portugal joined the European Union. In 1990, this same group became in charge of the Contract of Association Euratom/IST, now with the name of Centro de Fusão Nuclear (CFN, Center for Nuclear Fusion). Its first major assignment consisted of building the ISTTOK tokamak, which was successfully accomplished within time and budget.

Parallel to these developments, in 1996 several research groups working in a range of topics in plasma physics joined to create the Centro de Física de Plasmas (CFP, Center for Plasma Physics).

The two centers joined efforts in 2001 and were successfully granted the status of Associated Laboratory by Fundação para a Ciência e a Tecnologia under the name CFN-LA. In 2008, CFN and CFP merged under the common name of Instituto de Plasmas e Fusão Nuclear (IPFN).

IPFN has been until 2013 the Research Unit of the Contract of Association between the European Atomic Energy Community - Euratom - and Instituto Superior Técnico, in force since January 1st 1990. From 2014 onwards, it continues as the Portuguese representative in the Euratom co-fund action for fusion, awarded to the EUROFusion consortium of EU Fusion Laboratories, aiming at developing a joint programme of activities to implement the roadmap towards the goal of electricity production by 2050.