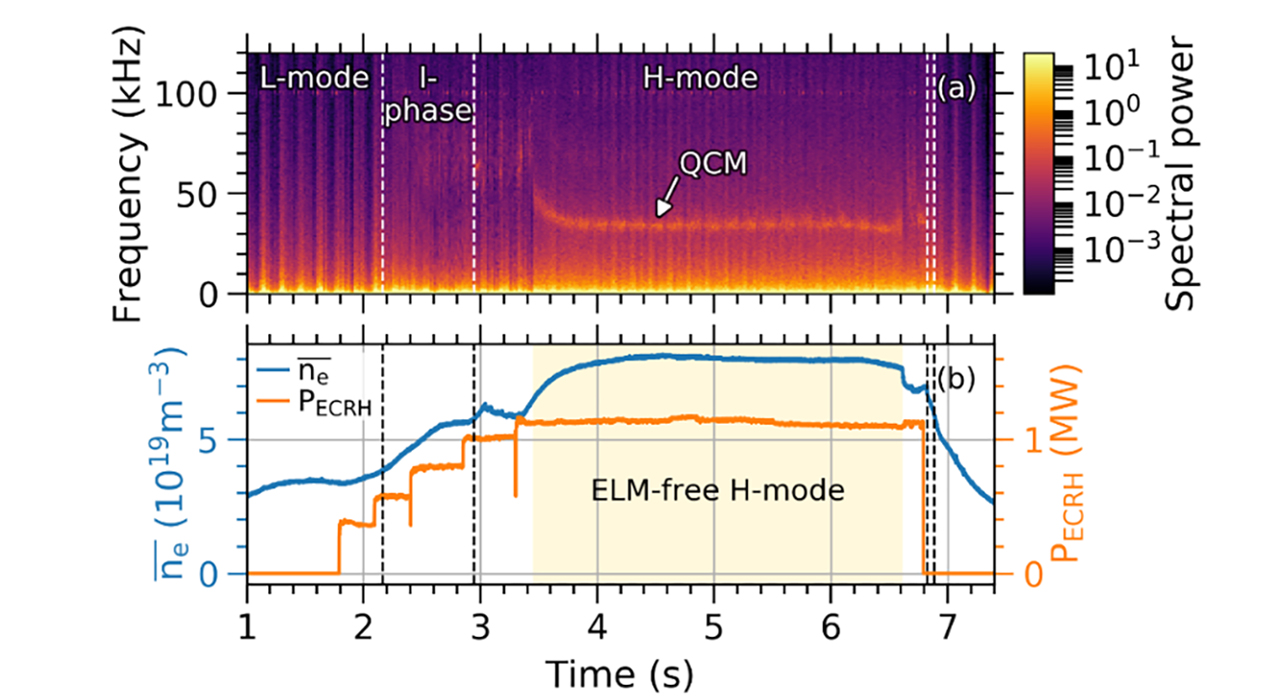 The latest edition of the ASDEX Upgrade Letter highlights the outstanding work carried out by IPFN member Luís Gil on a promising regime for a fusion reactor. Luís is an APPLAuSE student at the Experimental Physics Group, expected to conclude his PhD in the summer of 2020 under the supervision of Prof. Carlos Silva.
The work has been performed at the ASDEX Upgrade tokamak, a fusion device in operation at the Max Planck Institute for Plasma Physics in Garching, Germany, where Luís participates regularly in experimental campaigns.
Luís has recently demonstrated a stationary H-mode without edge-localized modes (ELMs) in ASDEX Upgrade by applying central electron cyclotron resonance heating with adequate fueling. Besides eliminating the unacceptable heat loads posed by ELMs in future reactors, this scenario exhibits several other desirable properties, for example: dominant electron heating, low input torque, compatibility with low input power, good energy confinement, high density, and no impurity accumulation. It always features an edge electromagnetic quasi-coherent mode, which seems to be responsible for enhanced transport losses and may be the key to enable steady-state operation with an edge pedestal and no ELMs.
The quasi-coherent mode was discovered by means of a microwave reflectometer optimized for edge density fluctuation measurements with high spatial and temporal resolution. This diagnostic was designed and built in 2001 by IPFN as part of a long-standing collaboration with the Max Planck Institute for Plasma Physics dating back to the 1980s.
The development and exploration of alternative ELM-free high-confinement regimes is very important for the success of fusion research, justifying this invitation from the Head of the Tokamak Scenario Development division, Prof. Dr. Hartmut Zohm, to prepare a contribution to the ASDEX Upgrade Letter. The promising regime developed by Luís Gil will be subject to additional experiments, with the ultimate goal of reliably assessing its compatibility with large-scale fusion devices such as ITER and DEMO.
06-01-2020 By Diana Amado Research, Publications