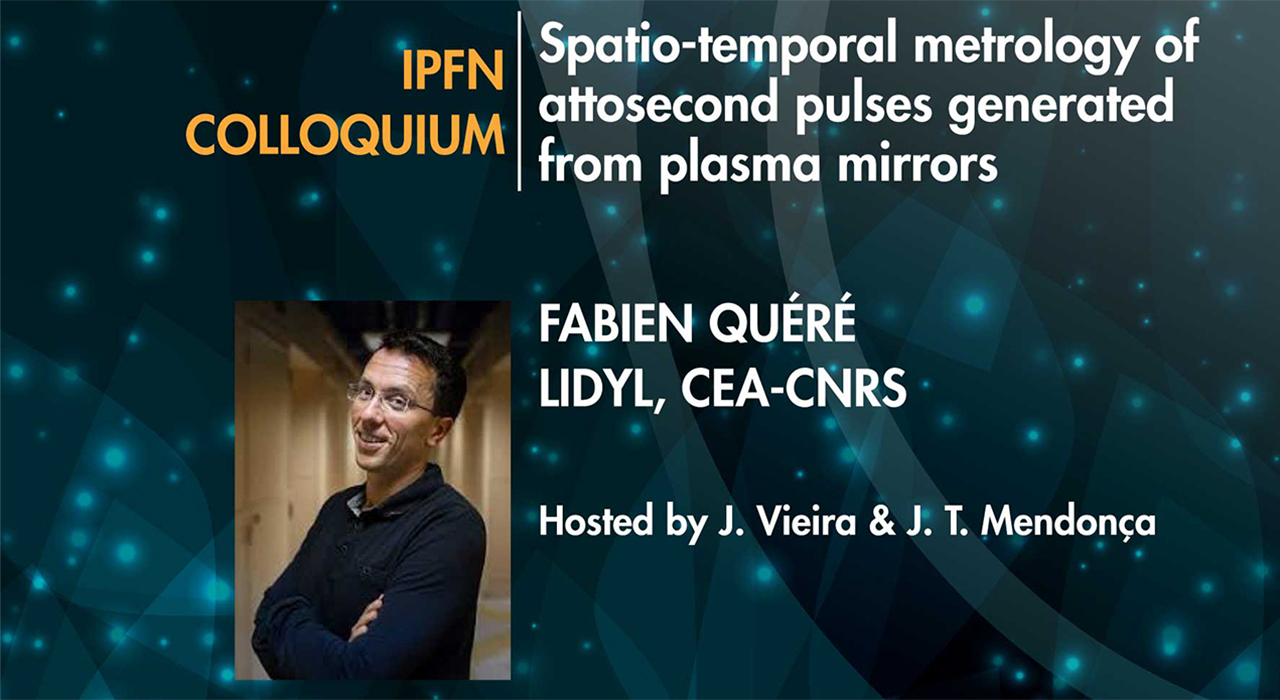 When an intense laser pulse (l>1016 W/cm2) impinges a solid target, it creates a dense plasma at its surface. During an ultrashort laser pulse, this plasma only expands by a small fraction of the light wavelength, and keeps an almost step-like interface with vacuum: it thus behaves as a high-flatness mirror, called a plasma mirror, which can be exposed to extremely high laser intensities. The response of the plasma to the field then becomes highly non-linear, and high-order harmonics of the incident laser frequency are observed in the beam reflected by such a plasma mirror.

Measuring the temporal and spatial properties of these attosecond pulses associated to these harmonics, in both amplitude and phase, has long been an experimental challenge. I will present how we have recently solved this issue by using different techniques inspired from powerful lensless imaging technique known as ptychography. Thanks to these new measurement schemes, we have been able to measure the spatio-temporal properties of the attosecond pulses generated by plasma mirrors, in the surface plane of the target, in different interaction regimes.

The insight gained through these measurements as well as advanced Particle-In-Cell simulations suggests that relativistic plasma mirrors exposed to petawatt lases pulses provide a realistic way to increase the highest light intensities achieved in the lab by orders of magnitude, potentially up to the Schwinger limit where electron-positron pairs are created from vacuum. I will conclude on the principle of this scheme and explain why this is – probably – experimentally tractable.