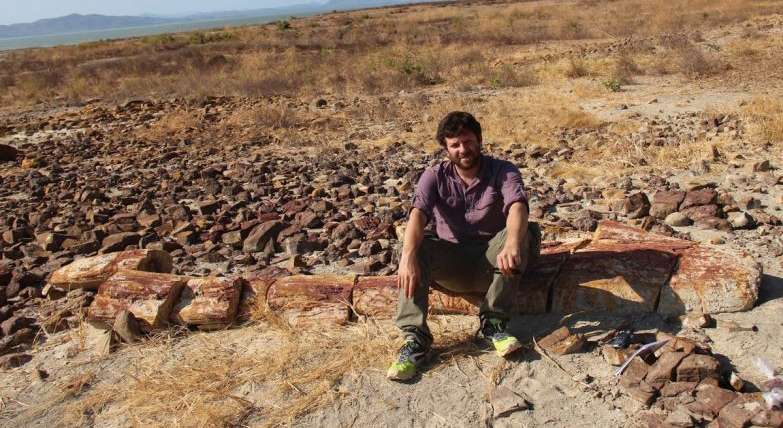 Earliest vertebrates from the dinosaur age found in Mozambique

Fossils of the earliest vertebrate animals from the dinosaur era, about 245 million years old, were discovered in Mozambique for the first time, with dinosaur findings also looking likely. The results were published in the South African scientific journal 'Palaeontologia Africana” last December.
Leading author and IPFN researcher Ricardo Araújo (pictured) announced that the team of eight researchers discovered several parts of the fragmented skulls and skeletons of Lystrosaurus dicynodonts. The fossils date back about 245 million years to the Triassic period, when the first dinosaurs began to appear. In Africa, Lystrosaurus have been mostly found in South Africa.

“Vertebrate fossils from this period were unknown in Mozambique. This discovery marks the presence of the earliest known vertebrates in the history of life on Earth, at the beginning of the dinosaur era', he says.

These findings 'will enable the discovery of dinosaurs in Mozambique'.

For the IPFN palaeontologist, the discovery also places Mozambique on the map of the study on the extinction of 95% of the living beings existing on the planet, which occurred in the transition from the Permian to the Triassic periods.

“At the time when the ancestors of mammals lived, all was decimated. In the rocks where these fossils were found, we also see signs of this mass extinction', he explained.