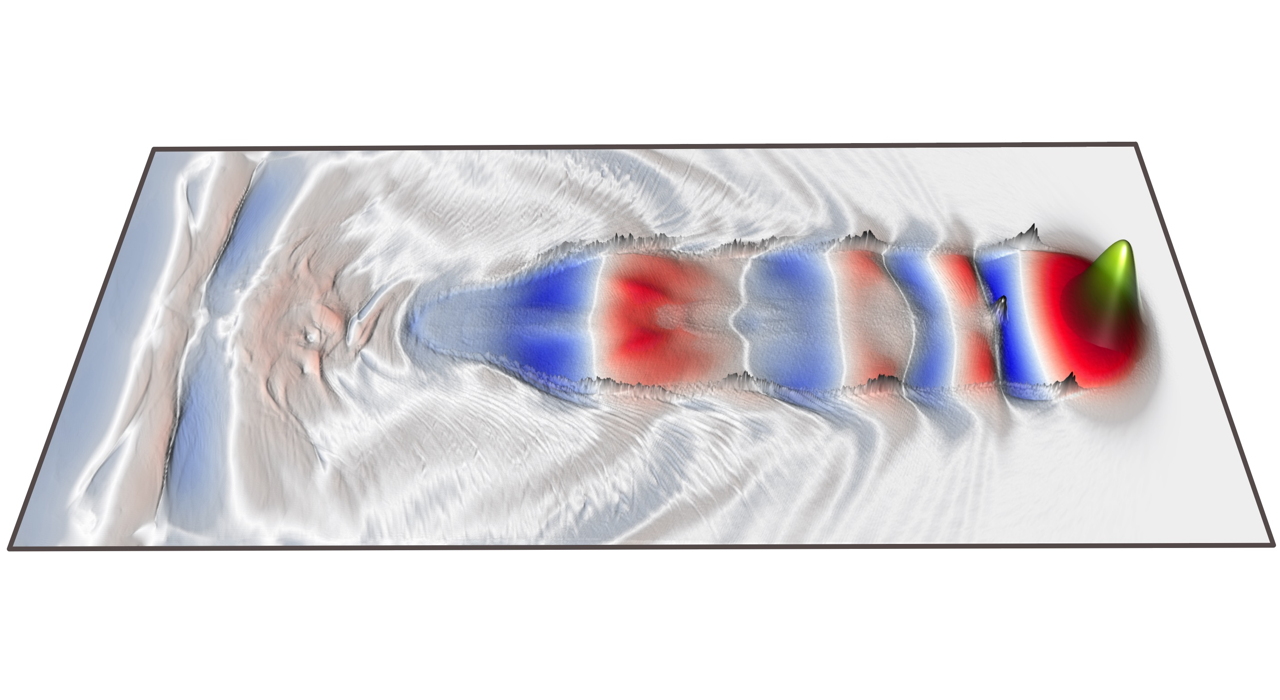 New mechanism converts x-rays into radio waves in a plasma

GoLP/IPFN researchers unveiled a new mechanism that explains how a dense flux of x-rays could generate radio waves in a plasma. This discovery, which stems from a recent work of a PhD student Fabrizio Del Gaudio, has just been published in Physical Review Letters.

While propagating in a strongly magnetized plasma, energetic photons can set up a plasma wake, very much like a boat sailing on a lake. It was believed that only low energy photons, such as those in a laser pulse, could generate such waves in plasmas. This work now shows that through a quantum process called Compton scattering, energetic photons are also able to knock the electrons away from their equilibrium position, leading to the formation of a plasma wake.

When the wake moves away from the magnetized region, it can be converted into pure electromagnetic waves. The researchers conjecture that this mechanism can also be present in astrophysical objects such as magnetars – neutron stars with extremely powerful magnetic fields – or gamma-ray bursts. Recent astronomical observations indicate that the puzzling radio bursts that have been detected since the 1960’s are associated with neutron stars, thereby consolidating the plausible explanation suggested by the researchers.

“The emission of energetic photons such as x-rays is usual in astrophysics, but their conversion into radio waves is a discovery” says Thomas Grismayer, one of the co-authors of the work. GoLP group leader Luís Oliveira e Silva stresses this statement: “this is a truly fundamental plasma process but we believe that it has many implications”.

The conditions under which this process can happen require a high x-rays flux, such as those existing in neutron stars. The GoLP/IPFN researchers are now envisaging the possible observation of this mechanism in the laboratory and are generalizing their work to conditions less extreme than those associated with extreme astrophysical environments.

The work was done in the scope of the InPairs project, a European Research Council grant, and the simulations were performed on the supercomputer MareNostrum 4 based in Barcelona.