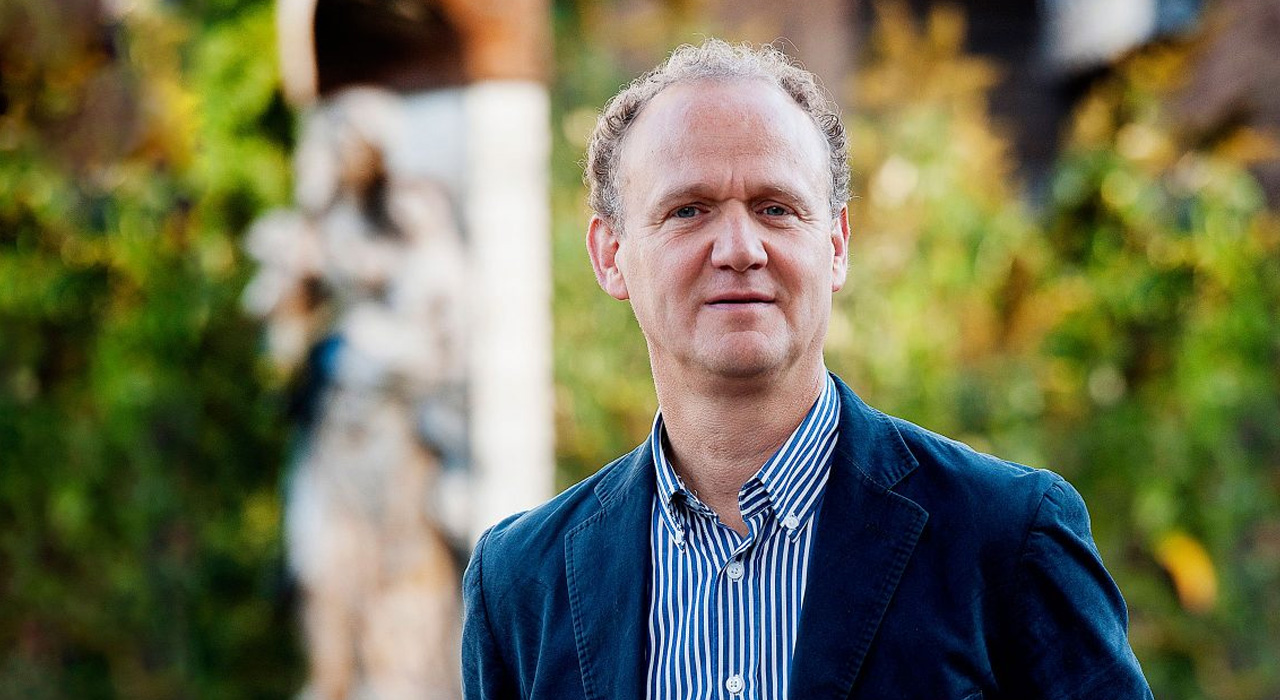 Climate change and rising energy demand require the transformation of the current fossil-dominated infrastructure into a fully sustainable systemby the end of the century. Scientific research plays a key role in developing the solutions to this grand challenge.

Richard van de Sanden is the Director of the Dutch Institute for Fundamental Energy Research (DIFFER), seeking to build the interdisciplinary networks capable of solving the score of the scientific questions involved. His research efforts are focused on two themes: solar fuels for sustainable energy storage and transport, and fusion as a clean, safe and inexhaustible power source.

The colloquium took place in December 9, at 11:30 am, in Abreu Faro Auditorium of the Complexo Interdisciplinar building of IST. Coffee and cookies were offered before the colloquium.

Abstract: In this presentation I will highlight the research lines of the Dutch Institute for Fundamental Energy Research*, which recently relocated to the Eindhoven University campus and redefined its mission to focus fully on fundamental energy research. The use of plasma non-equilibrium in the mitigation of the enormous heat and particles fluxes in divertor sections of fusion reactors is probably the key to the success of fusion. Detailed studies on plasma detachment in combination with advanced control and the use of alternative divertor concepts are needed to provide answers to this fusion challenge. Some of the highlights in recent years investigated at the Plasma-Surface-Interaction facilities (Magnum-PSI and Pilot-PSI) of the DIFFER institute will be discussed.
On the shorter term sustainable energy generation by means of photovoltaics or wind, will form a significant part of the energy mix. The intermittency as well as the temporal variation and the regional spread of this energy source, however, require means to store and transport energy on a large scale. Moreover, when fossil fuels resources dry up, ways of carbon dioxide re-use to provide platform molecules will be required. In this presentation plasma chemistry as a means to convert renewable electricity into fuels and chemical feedstock will be discussed. Results on activation of CO2 by microwave generated plasma, attaining over 50% energy efficiency will be discussed as a potential way of conversion of (intermittent) renewable electricity and the feedstock (CO2, N2 and H2O) to fuels and chemicals.
*The former FOM institute for Plasma Physics “Rijnhuizen”

Bio: Richard van de Sanden is the director of the Dutch Institute for Fundamental Energy Research (DIFFER since 2011) and Full Professor at the Department of Applied Physics of the Eindhoven University of Technology, in the Netherlands, since 2000. He received his Ph.D. in 1991 from the Eindhoven University. In 2000, he was a Visiting Professor at the University of California (Santa Barbara) and in 2006 he was a Distinguished Lecturer in the Department of Mechanical Engineering of the University of Minnesota and a Visiting Professor at Rensselaer Polytechnic Institute in Troy, NY. Since 2013 he is a member of the Netherlands Academy of Arts and Sciences. Under his leadership, DIFFER conducts leading fundamental research in the fields of fusion energy and solar fuels, in close partnership with academia and industry.
He has authored and co-authored over 400 papers in peer-reviewed journals and is the co-inventor of more than 20 patents. He is a Fellow of AVS, IUPAC and IOP and he serves on numerous scientific committees of international conferences. In 2006 he became a Program Leader for Micro- and Nano-engineering of Functional Materials at the Materials Innovations Institute (M2i). In 2008 he has won the European William Crookes Plasma Prize for his major contributions to fundamental studies of expanding plasma jets and their use in plasma enhanced deposition and etching. In 2009 he was awarded the Valorisation Prize for his achievements in transferring scientific knowledge to industry. In 2014 he won the Plasma Prize of the AVS Plasma Science and Technology Division for his outstanding contributions to the field of plasma deposition of materials, and for research into the fundamental mechanisms underpinning the deposition process.