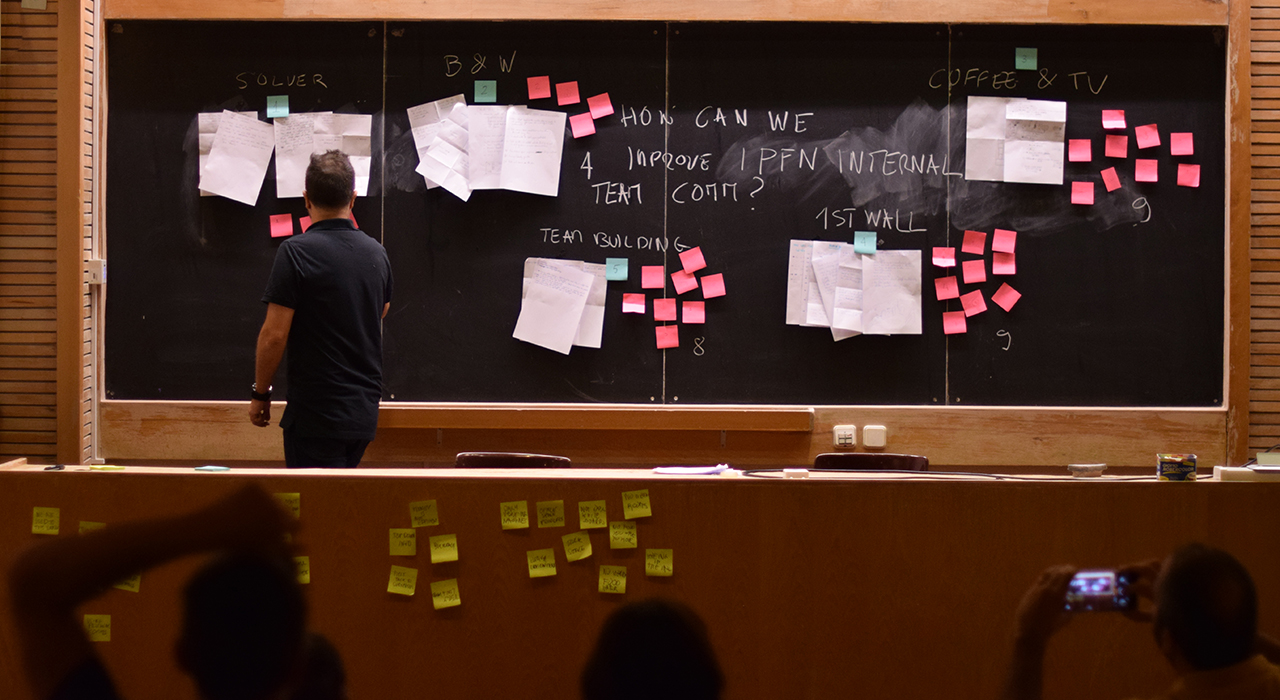 Intermezzo - a morning to share and think outside the box

On September 26, a number of members of IPFN’s Engineering Group and the Experimental Physics Group held an internal workshop with project presentation sessions in which they are involved, to share among their members.

The workshop was spontaneously designed with the goals of sharing research projects and interests, discussing and spreading ideas, and proposing ways to improve the internal communication between IPFN members.

Regarding the name of the workshop, “in music, intermezzo is a piece that lies between other musical entities, such as movements, of a larger musical work. We thought of setting up a small Intermezzo at IPFN, starting with a smaller group of members”, says José Vicente, one of the organizers.

This initial workshop included all the staff from floor 2i, above the IPFN head offices. During the workshop, one person from each office was asked to present all the projects of that office.

In the end, a surprise was reserved for the participants: a Design Thinking training session hosted by Filipe Girão, Business Director at dJomba, which allowed them to get in touch with this creative problem-solving technique.