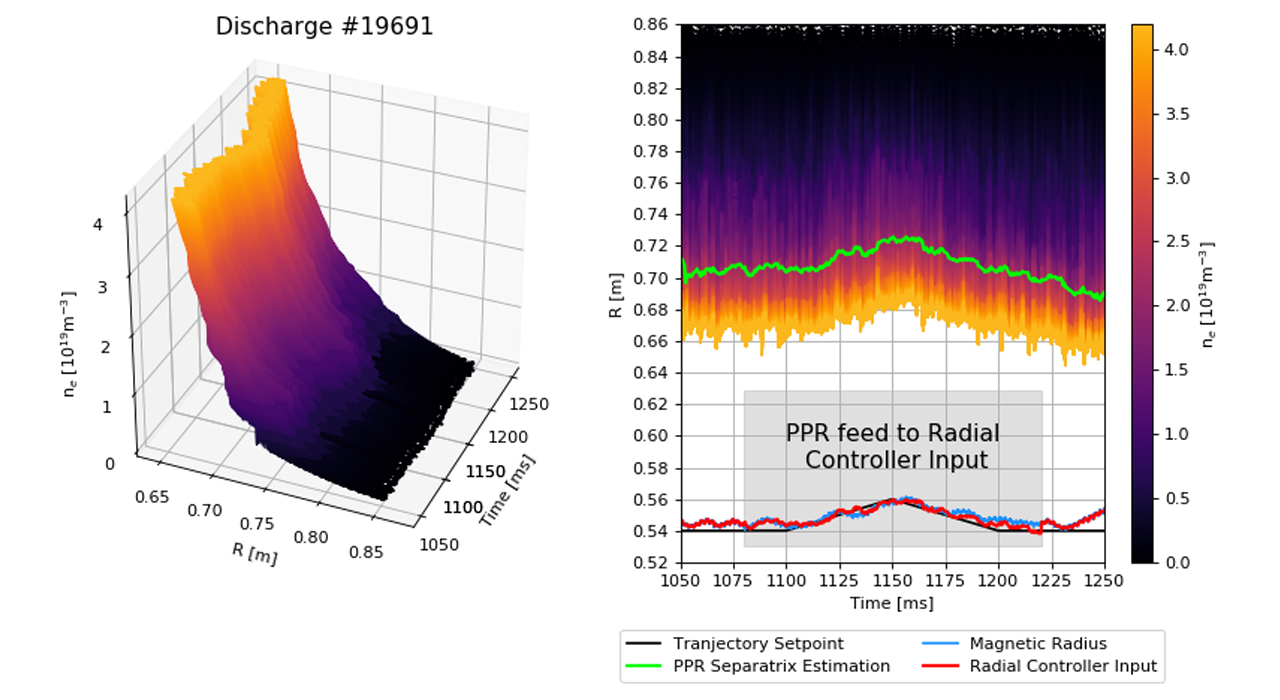 An international team led by IPFN has successfully reproduced on the COMPASS tokamak the demonstration of the usage of microwave reflectometry for the position control of a fusion plasma. The team brings together researchers from IPFN and the Institute of Plasma Physics, Czech Academy of Sciences.

According to Pedro Lourenço, PhD student at IPFN and team leader, “the development of the plasma position reflectometry technique is essential for next generation fusion reactors such as DEMO, where the harsh radiative environment caused by full bore fusion plasmas might damage traditional magnetic probes or produce large measurement drifts.”

These experiments are the continuation of previous work pioneered by IPFN’s microwave team at the ASDEX Upgrade tokamak, where the first two plasma position reflectometry (PPR) control demonstrations were originally made.

This collaboration allowed to successfully test and further validate the PPR control scheme applicability in different plasma scenarios, and on a device with a faster control cycle (1/2), using the Multi-threaded Application Real-Time executor (MARTe) framework.