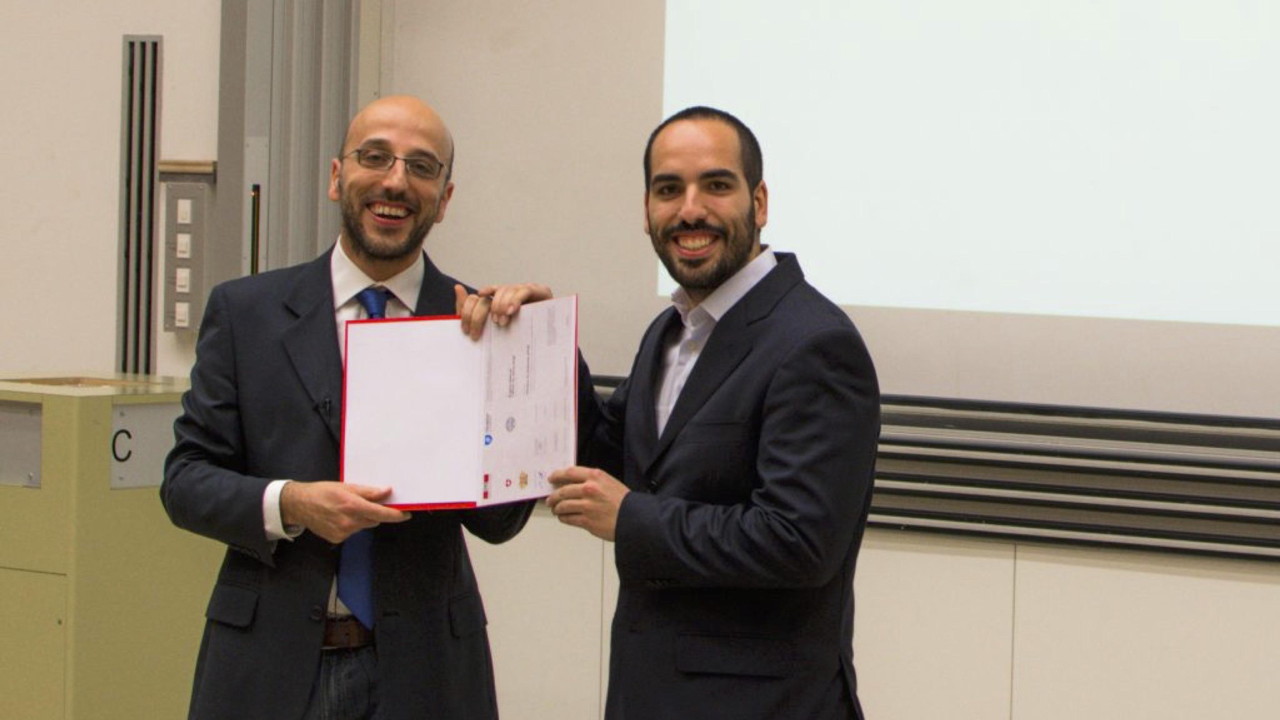 Rogério worked on one of the most important issues faced by the fusion community, namely the understanding of the plasma turbulent dynamics in the tokamak edge, where the plasma temperature decreases from values as high as ten times the temperature in the core of the Sun to the room temperature of the wall.

He provided a seminal contribution to the development of a model that will allow the numerical simulation of this challenging region. At EPFL, Rogério distinguished himself as a teacher and was also a very active representative of the Physics PhD students, one of the main organizers of the first EPFL Physics Days, and heavily involved in the discussion of the organization of the teaching assistantship.

Within APPLAuSE, Rogério was a member and the delegate of the 2015-2019 class. He pursued the Bachelor and Master's in Engineering Physics at IST, and his joint PhD was a continuation of the Master's Thesis work developed at EPFL with the title 'Simulation of Plasma Blobs in Realistic Tokamak Geometry', a collaboration between IPFN and CRPP. His research interests besides Nuclear Fusion includes the Study of Meyers-Perry Black Holes and Physics of Music – Non-linear Acoustics.