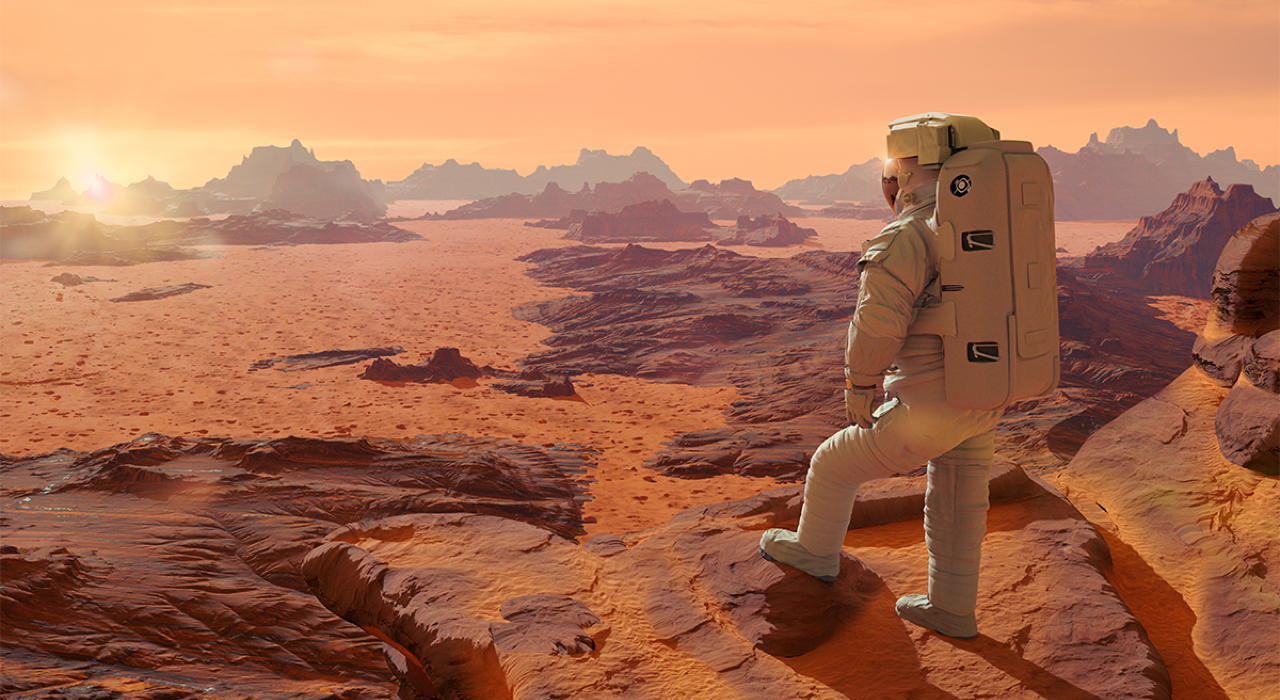 Plasma conversion of carbon dioxide from the Martian atmosphere

The funding was awarded to the project “ISRU on Mars: Plasma conversion of CO2 from the Martian atmosphere”, headed by Vasco Guerra, in the scope of ESA's Initial Support for Innovation mechanism.

The research team is also in close contact with a group from the Department of Aeronautics and Astronautics (AeroAstro) of the Massachusetts Institute of Technology (MIT), via project IMPACT, recently financed in the framework of the MIT-Portugal programme.

Making oxygen on Mars for life-support and fuels is a major step for space exploration. There is plenty of carbon dioxide (CO2) in the Martian atmosphere, which can be converted in-situ into oxygen (O2) and carbon monoxide (CO). Both CO and O2 can be used in a propellant mixture, while O2 can be collected and made available for breathing.

So far, the only concrete proposal for oxygen production on Mars is NASA's MOXIE experiment. Now, the “ISRU on Mars” project proposes a new and complementary approach based on plasma – the fourth state of matter – which may hold the key for compact and scalable production. The idea is to explore the synergistic effect between two emerging technologies: non-thermal plasmas and ion-conducting membranes.

Non-thermal plasmas are highly reactive gas media sustained by electrical discharges, that offer unique ways to break the strong bond between the carbon and oxygen atoms. In fact, preliminary results show that the Martian conditions are very favourable to ignite a plasma system and to efficiently decompose CO2. Calculations show that this new approach will be able to produce in excess of 7 times more oxygen per kg than NASA’s project.

Last but not least, the knowledge acquired to develop ISRU for the production of propellants and life support commodities on Mars will also make life on Earth more productive, clean, and sustainable. It will contribute to improving CO2 utilization technologies on Earth, fostering the transition to renewable energy.