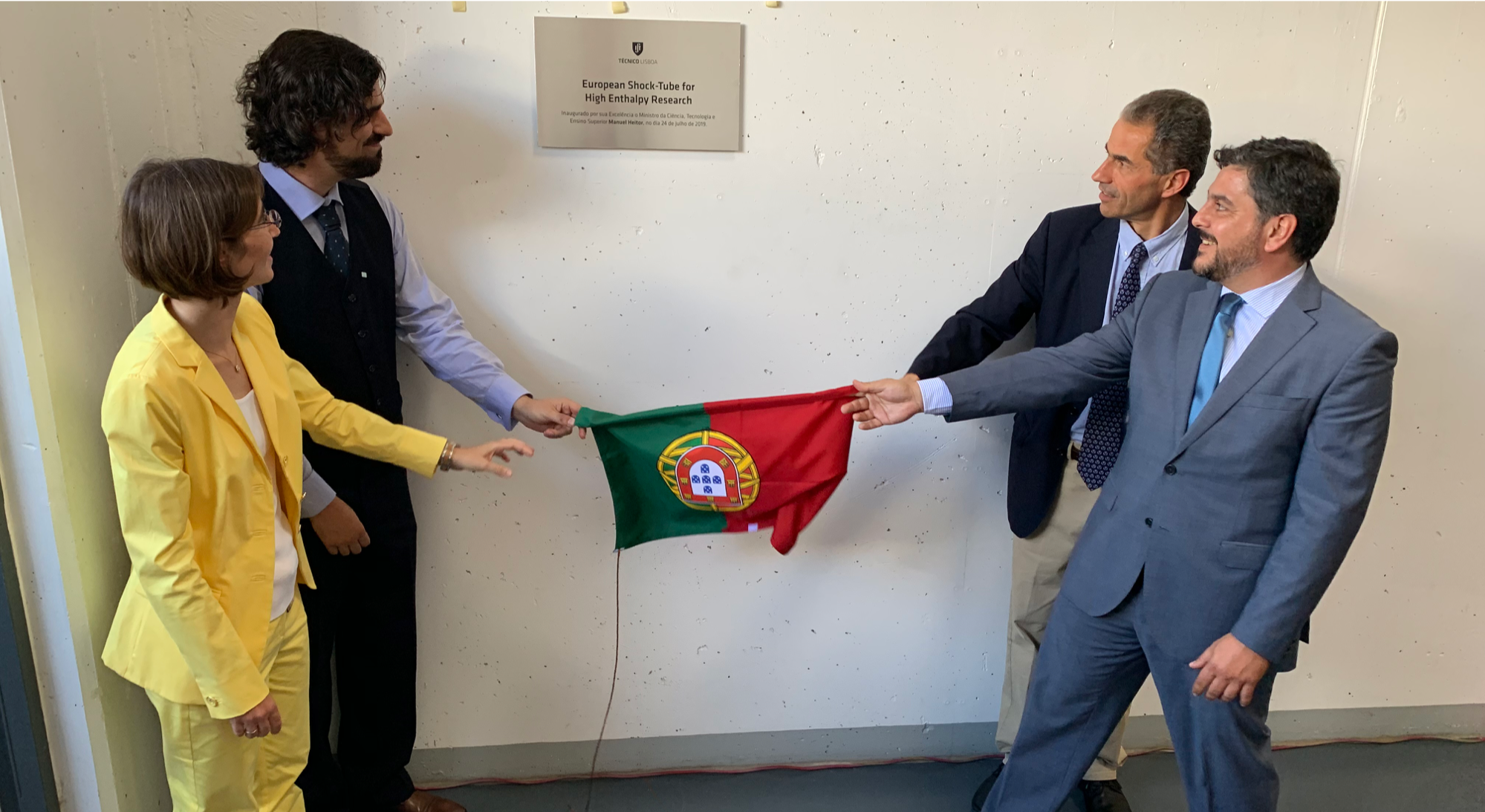 ESTHER (European Shock Tube for High-Enthalpy Research) is a research facility tailored for the support of planetary exploration missions. It can reproduce the conditions of a spacecraft atmospheric entry, through the generation of shockwaves in excess of 12 km/s.

The understanding of the physical-chemical properties of such non-equilibrium, high-temperature plasmas is key to planetary exploration spacecraft, particularly in what pertains to the design of its thermal protections.

ESTHER, funded by the European Space Agency (ESA), is part of the Hypersonic Plasma Laboratory (HPL), an experimental facility of the N-Plasmas Reactive Group: Modeling and Engineering (N-PRiME) of IPFN.

It is the largest space research facility in Portugal and aims at becoming, national and European-wise, a focal point for research activities on atmospheric entry plasmas, enforcing an open-access policy for all the research teams wishing to utilize the facility.

ESTHER was inaugurated on 24 July 2019 at Campus Tecnológico e Nuclear of IST, exactly 50 years after the return to Earth of Apollo 11, the first manned Moon landing mission.