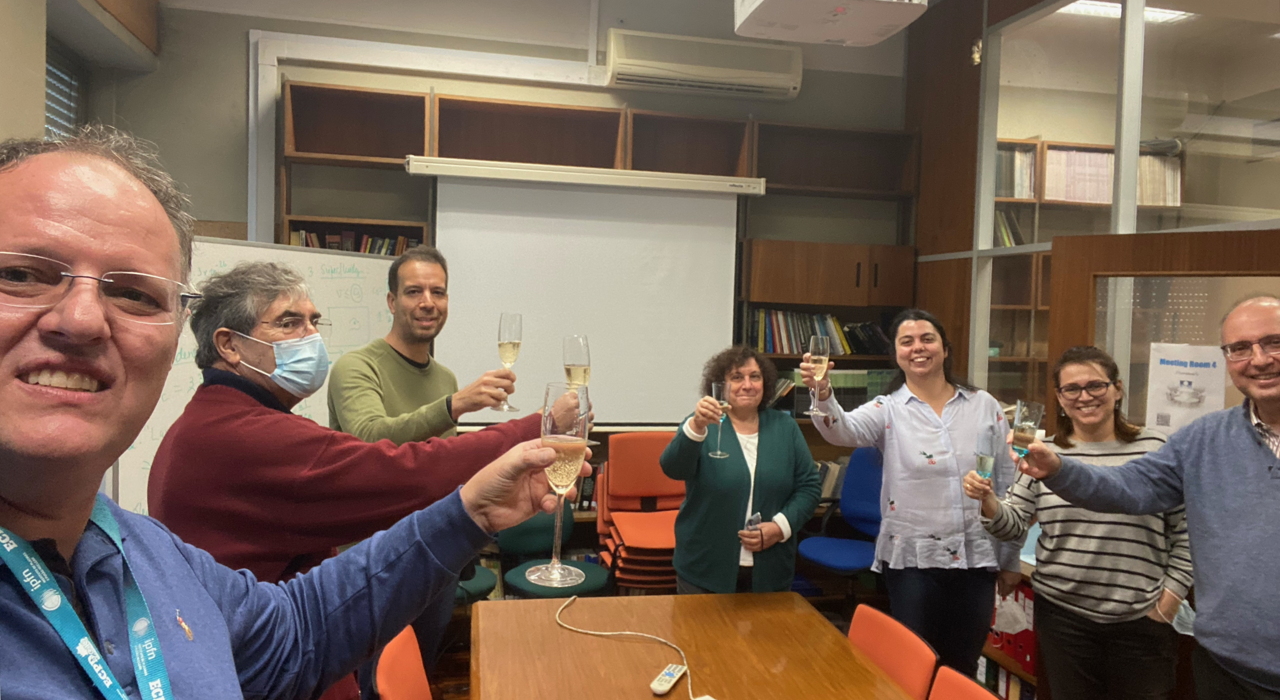 The field of the invention relates to a process that uses surface-wave-excited plasmas to produce high-tech nanocomposite materials (i.e. multiphase nanomaterials with dimensions of 1-100nm) with high added-value (more than €1000 per gram), in a single reactor, at production rates of 0.3 mg/s and higher.

Metal oxides nanoparticles trapped or anchored on graphene suppress the agglomeration and stacking of layers of graphene sheets, serving as nanospacers and increasing the surface area. On the other hand, graphene acting as a two-dimensional conductive pattern, can improve the electrical properties and charge transfer channels of pure oxides, as well as suppress the volume change and agglomeration of metal oxides during the charge-discharge process. These nanocomposites exploit all the advantages of graphene, particularly in batteries and electrochemical supercapacitors, and are acclaimed as a new and promising class of advanced electrode materials.

The patent is an outcome of project PEGASUS (Plasma Enabled and Graphene Allowed Synthesis of Unique nanoStructures) that embodies the plasma-driven controllable design of matter at the atomic scale level to develop a disruptive technology and a proof-of-concept machine for the manufacturing of high-quality graphene and derivatives at a large-scale.